On the 12th of March, the sixth Swiss Young Naturlaists' Tournament was held at the MNG Rämibühl in Zurich. After having to switch to a virtual competition last year, we are happy that we could host a tournament in the usual format. This allowed the students to present their work directly to the jury and the audience.

A total of ten teams participated at this year's SYNT. Over the past months, the students showed great dedication in preparing for the tournament. The students were supported by an online coaching format that helped them with the planning and evaluation of their experiments. Given the uncertainty of the past months, we are delighted that we can look back on a highly successful tournament.

You can find some impressions of this year's tournament in the Gallery.

We are very excited about the sixth SYNT and look forward to seeing the students work.

The most important information can be found here:

More information can be found in the booklet. 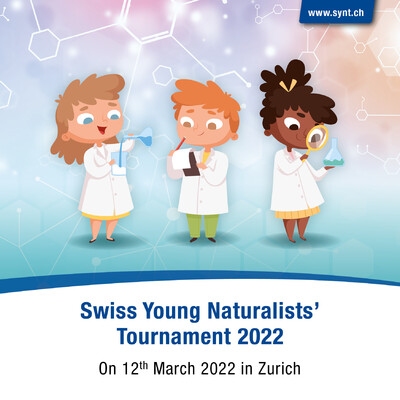 Online registration will now stay open until the 31st of January. Students can either sign up as an individual or in a team of two. When signing up as a team please note that each team must have a solution to two different SYNT problems and choose to participate in the same language. Additionally, individual students are strongly advised to be open to participating in both languages, otherwise, it will be unlikely that their registration will be successful.