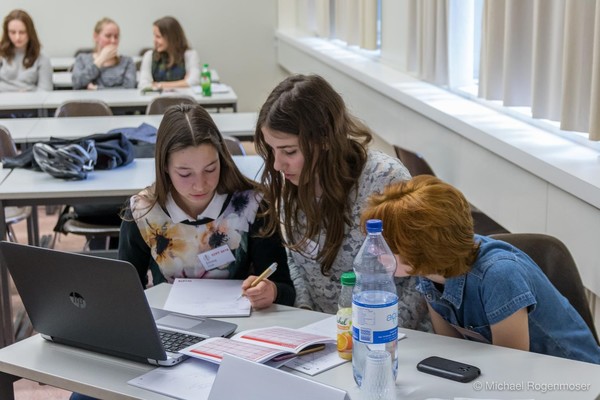 Problems
The problems are a selection of the ones for the international counterpart, the International Young Naturalists’ Tournament (IYNT). The list of problems is published about 3 months in advance to the SYNT. The problem selection covers problems from the different natural sciences: Biology, Chemistry and Physics.

Usually, they are formulated quite openly and no single, simple or final solution is possible; therefore, the presentations to the same problem tend to be quite different: focussing on different aspects of the phenomenon or featuring different methods for example. Careful work and creativity during the experiments is just as important as a good knowledge and understanding of middle school science.

Science Fight
Two teams compete against each other in the roles of Reporter (Rep) and Opponent (Opp). The official language of the tournament is English - just as at the international tournament. But no fear: The focus is on (scientific) content and not pronunciation or grammar.
The tasks for the two students actively involved in a fight are as follows:

A Science Fight typically consists of two teams and the roles of the teams are changed after one round. If there are three teams involved in a fight, each team pauses for one stage.

The full regulations for the SYNT can be found here.

1) Participants must not turn 17 in the calender year of the respective tournament.