The Swiss Young Naturalists' Tournament (SYNT) is a Swiss competition held in English, where science enthusiasts aged 12 to 16 from anywhere in Switzerland can participate. In a preparatory phase they carry out a small research project, whose results are presented and defended at the actual tournament.

The International Young Naturalists' Tournament (IYNT) is the international counterpart of the national competition. Teams from all over the world compete against each other and a diverse social program promotes social contact of members from different teams.

Pro IYPT-CH is the organization that organizes not only the national tournament SYNT and the SYNT Workshop but also the preparation for both the SYNT as well as the IYNT and the qualification for the Swiss team.

To aid students in their preparation we are organizing a three-day preparatory Workshop. During this Science Workshop students work on their chosen problem while being supervised by SYNT-experienced coaches.

Registration for the SYNT and Science Workshop is open on our website until the 31st of Decemeber.

From the 5th to the 12th of July the 6th International Young Naturalists' Tournament (IYNT) will take place in Tbilisi, Georgia. For more information about this location refer to the IYNT webpage.

Switzerland will send a team of six students to participate at the IYNT in Georgia. There the student will have the chance to present their findings on an international stage, meet science enthusiasts from all over the world and experience a new culture.

Do you want to have the chance to travel to Georgia? Register here to be part of the SYNT 2018 and compete for a place in the Swiss IYNT Team! 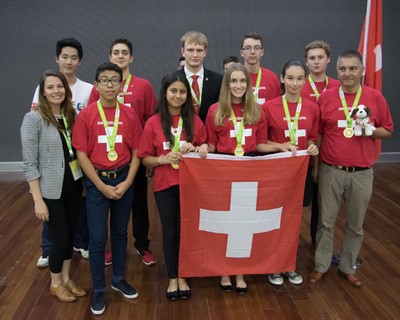 The SYNT 2017 at the Fachhochschule Nordwestschweiz FHNW ended successfully. The winners are Nina Klee and Simran Raheja from the team Diatomics (41.3 points). Nadine Benvenisti and Emma Otis from the team Photosympathise lost the final narrowly (39.6 points).

All the rankings can be found here

Wednesday
In the morning, the participants arrived from different regions of Switzerland as well as the Principality of Liechtenstein. They were welcomed at Zurich main station and guided to the Science Lab at the University of Zurich. After a general introduction, the participants had time to discuss their ideas on how to approach their problems. In the afternoon, they followed up with first experimental investigations. 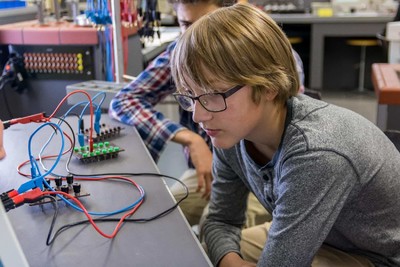